BON & VIV Spiked Seltzer Swims on the Scene February 3rd with A Pitch That Only *Seems* Too Good To Be True – Plus, Fans Have a Chance to Win Game Day Tickets!

BON & VIV Spiked Seltzer, whose name is derived from the French phrase ‘Bon Vivant', will make its debut with a catchy ad titled “The Pitch,” created by the agency Bullish.  Follow the fins to an underwater world where two mermaid entrepreneurs, Bonnie and Vivian, pitch their too good to be true idea of BON & VIV Spiked Seltzer, with 0 grams of sugar and great taste, to potential investors – sharks.

To make this underwater world come to life, BON & VIV Spiked Seltzer worked with Dan Laustsen, award winning director of photography known for his work on The Shape of Water, John Wick:
Chapter 2 and Crimson Peak. The ad will air shortly after Bonnie and Vivian's favorite part of the game – the coin toss (go tails!) – in the first quarter.

“We're thrilled to bring BON & VIV Spiked Seltzer and its mythical founders, Bonnie and Vivian, to the big stage as we introduce the world to the next chapter of the original hard seltzer's story,” said Chelsea Phillips, VP of Beyond Beer Brands at Anheuser-Busch. “We believe BON & VIV Spiked Seltzer is even better than it was before with less sugar, while still delivering on taste, and new botanical flavor variants.”

Since Bonnie and Vivian are mermaids, they obviously can't catch the game in person (fin problems, amirite?), so they're giving fans a chance to win their tickets. Simply give Bonnie and Vivian your best pitch for why you and a guest should win the tickets to a VIP weekend at the Big Game using #BONandVIV and #Contest on Facebook, Instagram or Twitter, and the tickets could be yours.*

BON & VIV Spiked Seltzer is made with natural fruit and botanical flavors for a refreshing finish. Let the stats sink in:

NO PURCHASE NECESSARY.  Open to US residents 21+.  Begins 1/24/19 and ends 1/28/19.  See Official Rules at bonandvivspikedseltzer.com/biggamecontest for prize and details.  Message and data rates may apply.  Void where prohibited.

Connecticut-based entrepreneur, Nick Shields, created the fast-growing hard seltzer category with the 2013 launch of SpikedSeltzer. In 2016, Anheuser-Busch partnered with Boathouse Beverage LLC and the brand now known as BON & VIV Spiked Seltzer. With 0 grams of sugar and perfect balance of flavor it may seem too good to be true, but let us tell you, the myth is real. BON & VIV Spiked Seltzer gives you the refreshing hard seltzer flavor you know and love but now with 0 grams of sugar, 90 calories and a sessionable 4.5 percent ABV. The alcohol comes from a cold-fermentation of sugar combined with purified water and natural flavors. Bubbles give it a crisp, dry finish. For more information, go to BONandVIVSpikedSeltzer.com and follow along on Instagram. ©2018 Boathouse Beverage Co., SpikedSeltzer®, IRC Beer (Ale in TX), Norwalk, CT & Baldwinsville, NY. 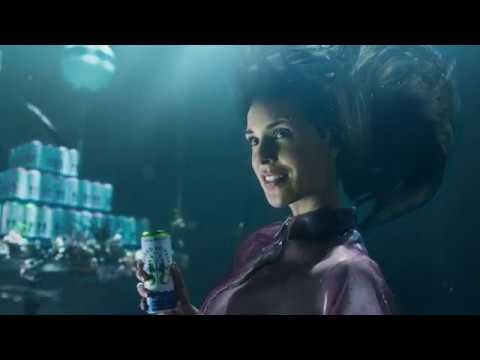