ST. LOUIS (Nov. 4, 2010) - After a triumphant return, the Budweiser Superfest continues to celebrate Soul and R&B music by announcing the 2010 "Battle for the Crown" $25,000 Grand Prize winner. Fan favorite Darien, the one-name, independent artist from Mount Vernon, N.Y., received the most eligible votes among 12 local winners at www.battleforthecrown.com.

Darien became a finalist in the "Battle for the Crown" competition by winning first place against 10 hopefuls at a nightclub in lower Manhattan. For that victory he won $5,000 and the opportunity to open the Budweiser Superfest concert in Jones Beach, performing on the same stage as Anthony Hamilton, Kem, Raheem DeVaughn and Jaheim. Prior to his Budweiser Superfest "Battle for the Crown" victory, Darien was named Soultracks.com''s "New Artist of the Year" and opened for Mary J. Blige at SoulBeach 2010. His current project is "If These Walls Could Talk." Go to www.righteousmusicmedia.com and www.thisisdarien.com.

"Winning the 'Battle for the Crown' is a tremendous blessing. I'm so grateful to Budweiser for giving independent artists a voice in such a major way,"said Darien. "I'm excited and happy for the opportunity... we're about honest and positive music and this will give us the funds needed to record the next album."

Budweiser Superfest, one of the most celebrated Soul and R&B concert series of all-time, returned in 2010 for a 21-date, 18-city tour. The revival of Budweiser Superfest is considered a roaring success by many standards: sold-out venues, two added dates and positive feedback from fans and media alike.

"Budweiser Superfest created a unique place in music history as one of the must-see annual urban concert series of the '80s and '90s," said Bryan Hammonds, Multicultural Brand Manager for Anheuser-Busch. "We respect that legacy and will build on it as we showcase the best in R&B and soul music and plan for Budweiser Superfest 2011."

During its more than two decade run - 1979 through 1999 - the Budweiser Superfest featured some of the brightest stars, including headliners such as Michael Jackson, Stevie Wonder, Aretha Franklin, TLC, Parliament, Luther Vandross and many other musical legends.

The 2010 Budweiser Superfest was sponsored by Anheuser-Busch with associate sponsor the Black Broadcasting Network and produced by Live Nation and Haymon Events. 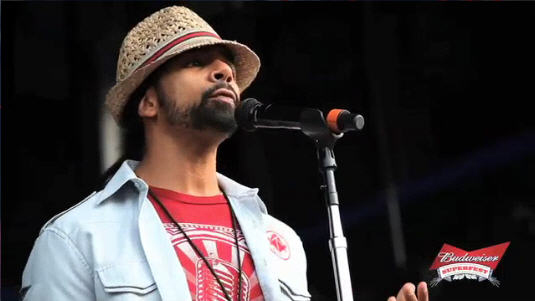