ST. LOUIS (March 31, 2014) – Kirin today announced it has partnered with celebrity chef and Top Chef contestant, Candice Kumai, to share Japanese-style beer pairings with foodies, as traditional Japanese and Asian-fusion cuisines continue to grow in popularity. The partnership kicks-off in earnest at the National Cherry Blossom Festival in Washington, D.C. where Kirin and Kumai will offer Japanese-style beers and a special frosty Japanese serving method to attendees.

With Japanese roots and expertise in Asian cuisine, Kumai will serve as the Kirin brand ambassador, bringing the pure, clean taste of the Japanese-style lager to beer drinkers at the festival and beyond.

“As a chef, it's important to select beverages that will highlight your recipes,” said Kumai. “With rich flavor and a deep, smooth finish, Kirin Ichiban complements refined traditional Japanese cuisine, the bold tastes of modern Asian-fusion food and other flavor-forward dishes.”

Throughout the year, Kumai will share special recipes with Kirin fans on Facebook.com/KirinUSA and continue to make appearances with Kirin throughout the year. At the National Cherry Blossom Festival, Kumai will be dishing up Kirin samples, pairing tips and Japanese drinking customs. Kumai is scheduled to make appearances at the Festival's Grand Sake Tasting on April 3 and its Southwest Waterfront Fireworks Festival on April 5.

While beer drinkers have long-loved enjoying Kirin at Asian restaurants, the National Cherry Blossom Festival will offer of-age beer drinkers a new opportunity to enjoy several varieties of Kirin and a unique, frozen preparation of its signature brand. Selection to include:

• Kirin Ichiban Frozen – Draught beer is topped with frozen Kirin Ichiban, using a proprietary process. It is an innovative way to enjoy Ichiban in Japan, and is now available in select U.S. locations.

“People are expanding their culinary horizons and discovering a wide range of dishes and flavors that are inspired by Asian cuisine,” said Michael Lourie, brand manager, Kirin Beer. “Partnering with Candice is an opportunity to excite beer drinkers about pairing their favorite foods with Kirin Ichiban and Kirin Light at restaurants, and trying the beers with both familiar and new recipes at home.”

About Kirin Brewery of America LLC

Kirin Brewery of America is headquartered in Torrance, CA and is a wholly owned subsidiary of Kirin Brewery Company, Ltd., Tokyo. In conjunction with its U.S. licensing partner Anheuser-Busch, Kirin Brewery of America provides sales support for Kirin Ichiban and Kirin Light beers, available in nearly every major metro area of the U.S. Kirin Ichiban made a splash in the world of super premium beers when it debuted in 1990, and was recently reformulated to be 100 percent malt, becoming the world's only first-press, all-malt beer. Kirin Light is a full-bodied light beer with only 95 calories per 12-oz. serving, and is currently the best-selling Japanese and Asian light beer in the U.S. Today, Kirin is proud to have its beers brewed around the world, including by Anheuser-Busch in the U.S., under the strict supervision of a Kirin brewmaster.

Candice Kumai is a former fashion model turned culinary expert. She received her professional culinary training at Le Cordon Bleu California School of Culinary Arts and was the youngest chef to compete on Bravo's inaugural season of Top Chef. As a food trendsetter, three-time author and influencer, Kumai has been a repeat judge on Iron Chef America. Kumai has written and developed recipes for more than half-a-dozen cookbooks, including several New York Times bestsellers. She serves as the Food-Editor-At-Large at Shape and Men's Fitness Magazines and resides in New York City. 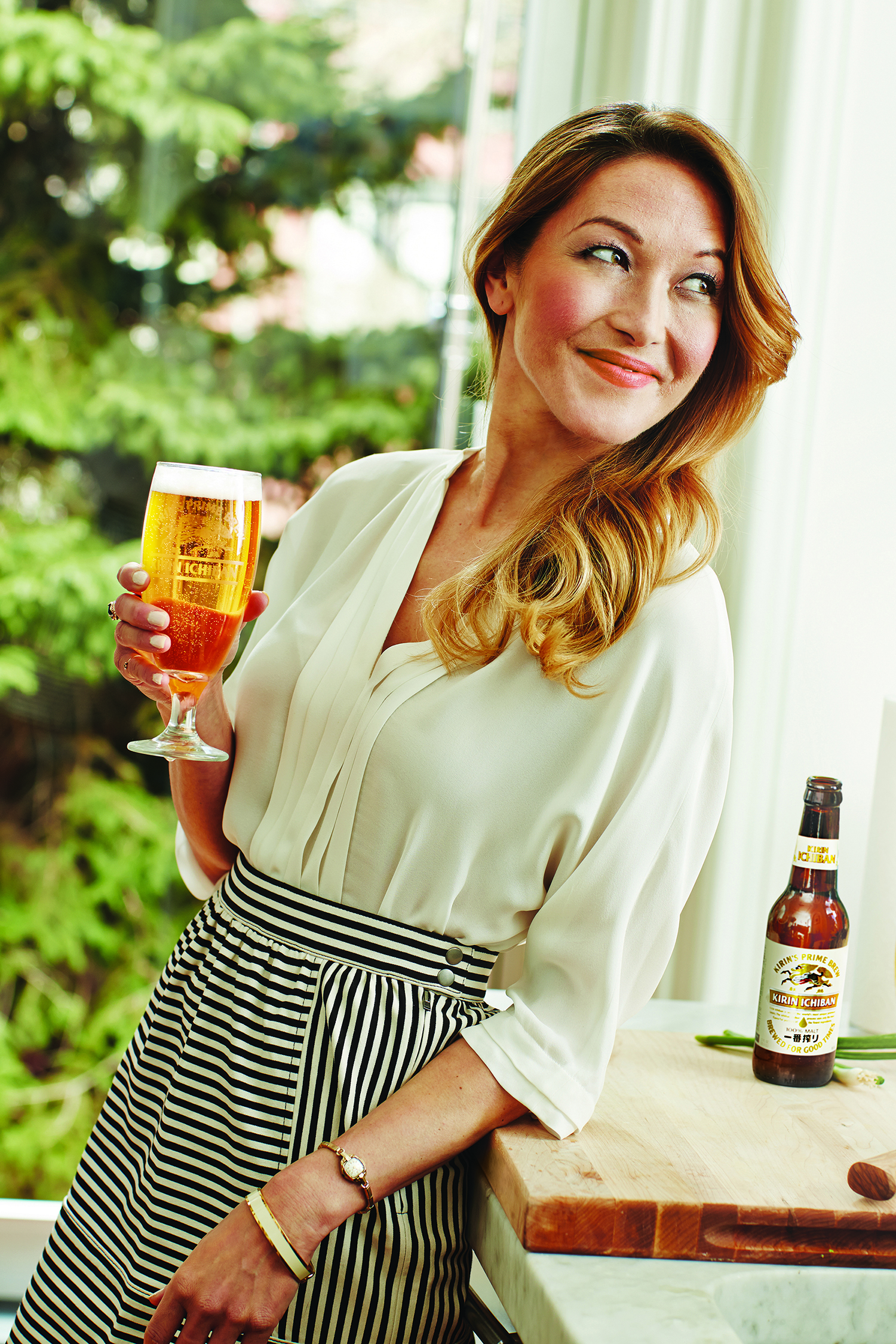 Press Releases
CATCH A BIG WAVE: KONA BREWING CO. TAKES ON A SURF-THE-COAST CHALLENGE WITH A MISSION TO CLEAN OUR WAVES